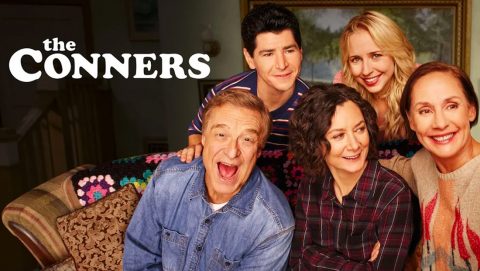 Back for season 3, ABC’s The Conners was thrown a curveball

During its new 9 pm ET slot on Wednesdays, The Conners season 3 premiere on October 21 was up against Game 2 of the World Series on FOX, which dominated the 30 minutes in viewership.

According to our latest fall TV premiere analysis, FOX had the highest share of viewers across all networks at 9 pm that evening at 12.56% with its World Series programming, followed by FOX News’ Hannity (6.71%) and CNN’s Cuomo Prime Time (4.81%).

With the MLB’s highly anticipated live playoffs and the nightly news, ABC’s The Conners (4.71%) and NBC’s American Ninja Warrior (4.33%) rounded out the top five programs airing at 9 pm ET.

Where could The Conners viewers be found before and after the premiere – did the show help viewership for the night? Prior to 9 pm, 45% of those that watched The Conners were already tuned-in to ABC for The Goldbergs and 13% were not watching live TV at all. About half of the viewers stuck around on ABC to watch black-ish.

21% stopped watching live TV altogether. FOX’s World Series game also had 7% of The Conners viewers before the 9 pm premiere and 7% of its viewers after.