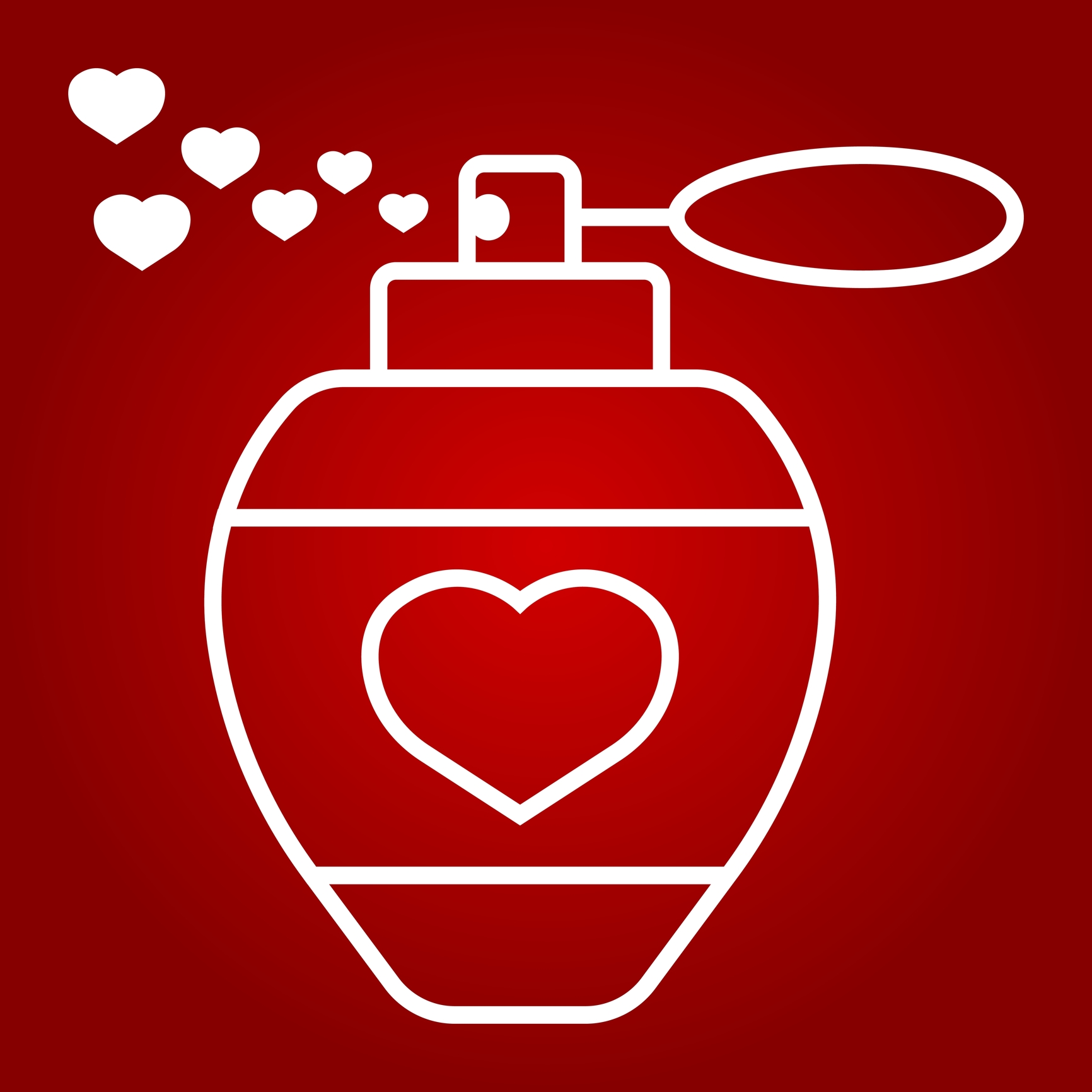 While the fourth quarter is typically a crowded field among perfume heavyweights, a select few brands look to Valentine’s Day to romance new customers.

Dior and Chanel were the strongest scents by far among top TV ad spenders in Q4 ’17. These two brands alone represented approximately a third of all measured TV ad spend in the category ($76.4M) for the quarter. Among the rest in the category, there was a pitched battle for SOV with over 40% of TV spend and observed spots taking place during the final two weeks preceding Christmas.

While the fragrance category concentrated its Q4 holiday spend primarily in mid-December, Valentine’s Day has proven to be an even more concentrated affair with 90% of all TV spend in the quarter taking place in the nine days preceding Feb 14th (Feb 5th – Feb 13th). Among individual brands, Dior continued its outright dominance with over 60% of all measured TV spend with only a whiff of activity from Lancôme and Yves Saint Laurent. Chanel, the #2 TV spender in Q4 has been all but quiet thus far in Q1. 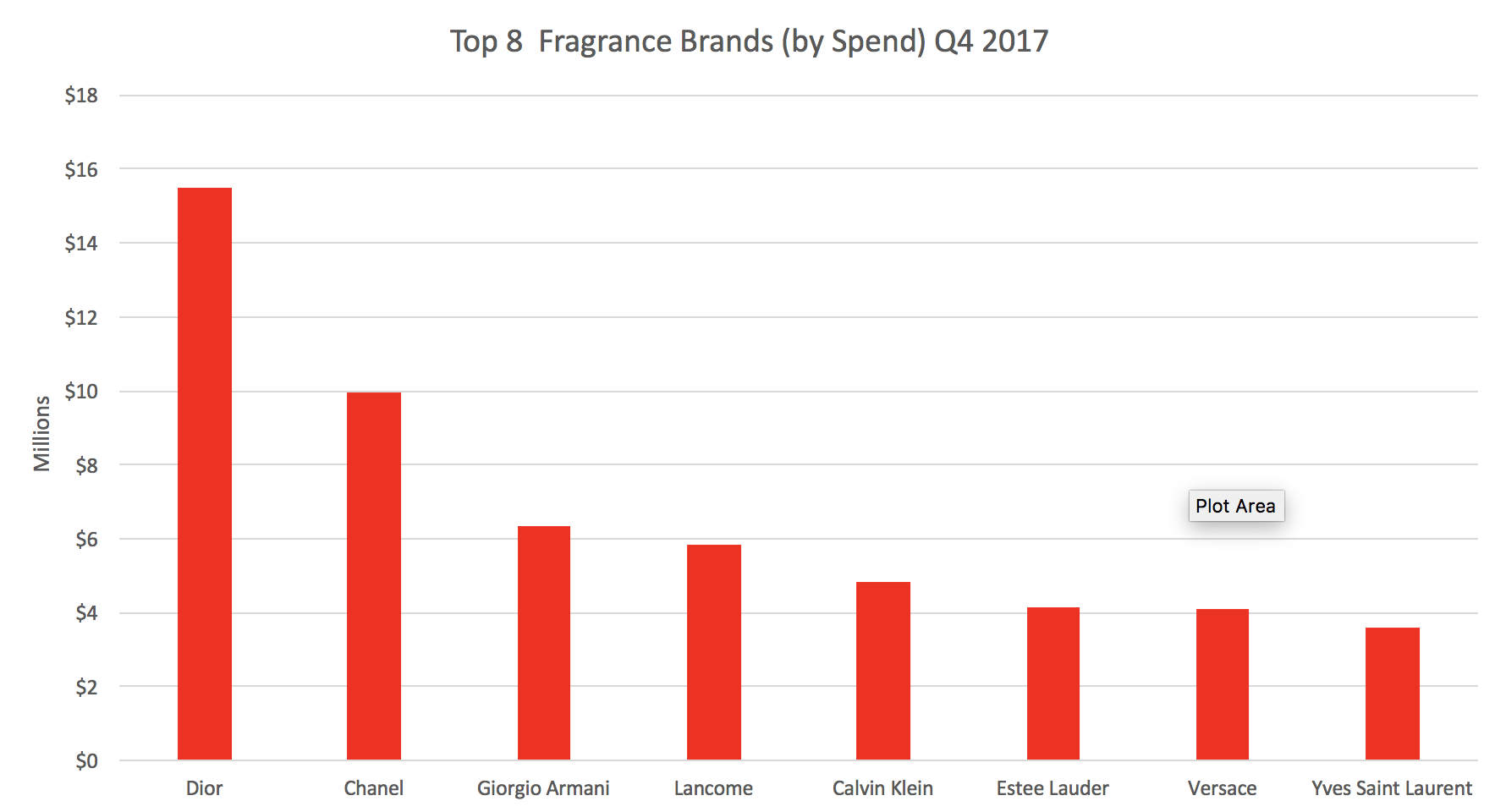 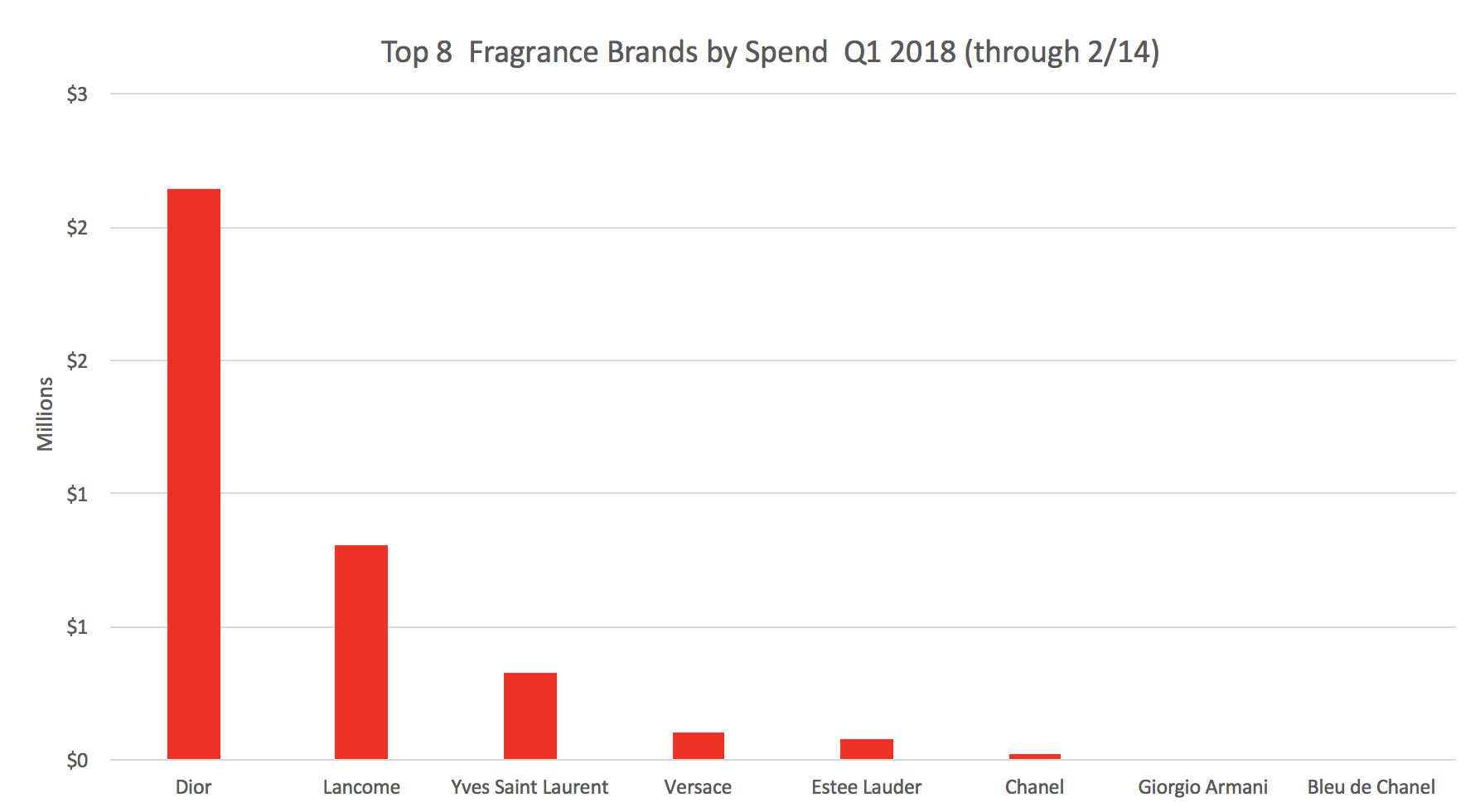 Money versus Mentions
While the broadcast networks ABC and NBC garnered the lion’s share of the fragrance TV ad budget in Q4, multiple brands utilized specialized cable nets to effectively spread their scent among more diverse and select audiences. Take Centric for example, BET’s sister cable network catering to African-American women. Centric aired the most fragrance-related TV spots in Q4 ‘17 compared to all networks. The remainder of brands and budgets were split more evenly among the rest of large and small networks.

In Q1 ‘18, broadcast nets ABC and NBC were again the main recipients of TV ad spend in the category, while top tier cable nets E!, Bravo and Food Network battled it out for any attention among the limited fragrance spenders during the period. NBC alone has captured 20% of all Dior TV spend thus far in 2018 ($441K), a similar share of all Dior TV spend in Q4 ’17 (19%).

On the TV spot front in Q1, E! aired more fragrance ads than any other network during the period – 90 observed in total, 60 of which were for dominant spender Dior. Similarly, #2 Bravo was also heavy up on Dior with 41 of the 60 observed spots also for dominant Dior. 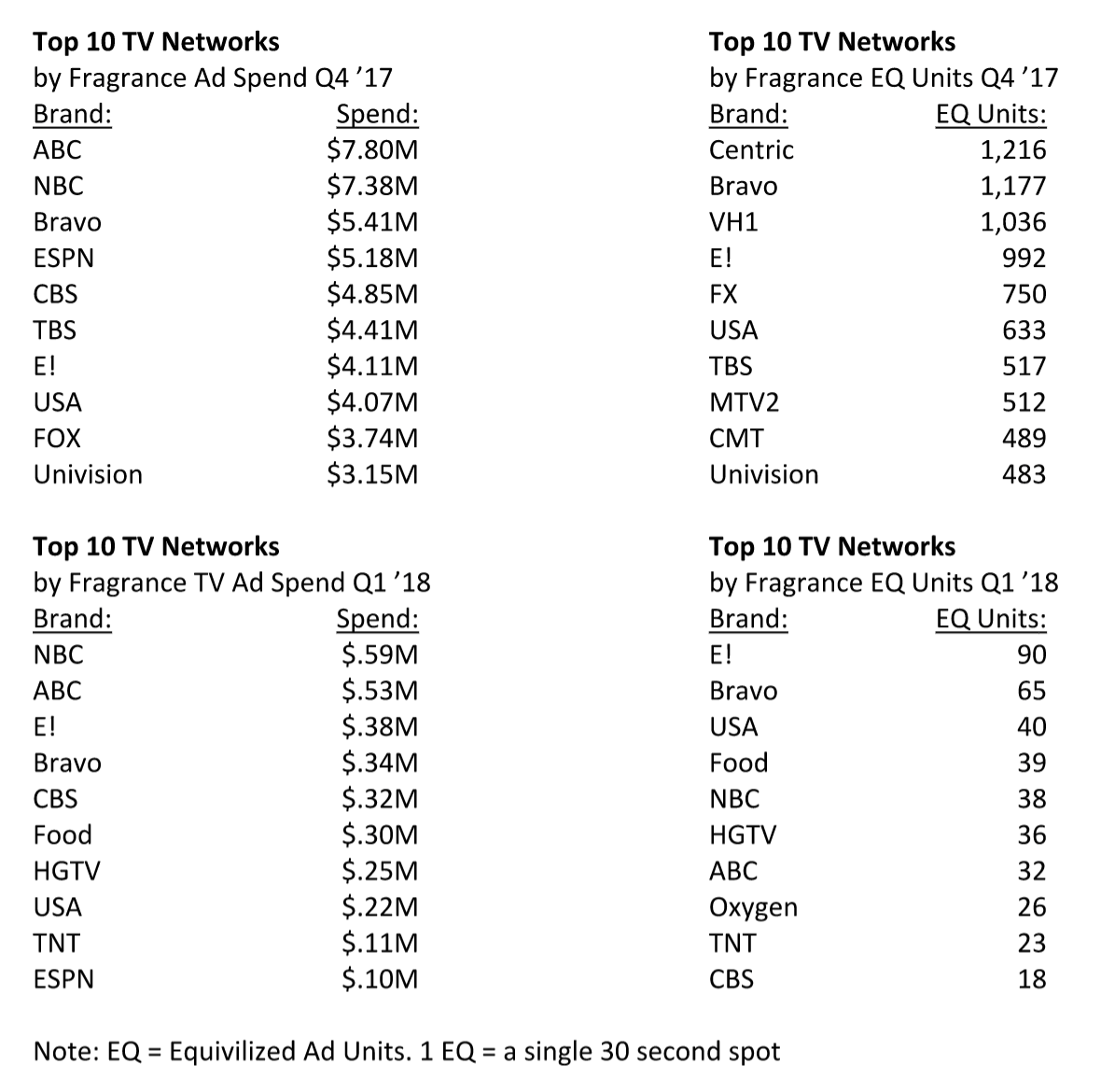